Here are the genres for which i feel confident to help you, with some games examples. 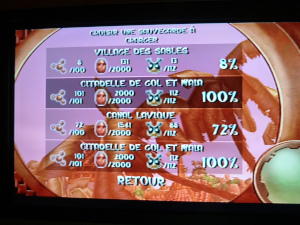 Not the most loved genre by the public, yet one that i still miss a bit to this day: 3D platformers. And Super Mario 64 was the first of this kind i had.

While i played a fair amount of hours despite the 30 minutes in a row playtime restriction, the one i love above all is Jak and Daxter: The Precursor Legacy.

Jak and Daxter series has 3 games, but the first one has one important thing the others two don't have: the absence of weapons. It made it way more enjoyable to me, to the point it might have been the first game i 100% completed. Several times even.

Then, Rayman Advance, the first 2D platformer experienced that i remember. And a great experience, also 100% completed, but it was needed for the last level if i recall correctly. I quite enjoyed my latest return to the series with Rayman Legends and all its variety.

I guess i've to name Super Meat Boy too, which i assume is the first indie game i bought. Not a favorite, but i still appreciated it and i do recognize its qualities.

To end on a high note, i'd like to talk a bit about a special platformer, combined with the FPS genre: Deadcore. Another 100% completed game. My most liked game in the Ultime Décathlon season 2 games selection. I did participate a bit during this season and casually speedrunned it. Great movements and techniques, though some are hard to execute all together in a speedrun.

Note: The listed games are mainly those which spontaneously come to mind. The purpose is to give you an insight of what i like the most in this genre.

Congrats on finding this little secret! I see you like breaking things.